We don't see too many of them around here, at least we sure haven't for a while.
But today I am being very lazy!
I didn't roll out of bed until 9am!!
And I've been poking around on my blog list checking out all the new posts.
I actually have a bookmark folder on my toolbar that I just scroll through whenever I get the chance.

And I am working in the afternoon today at the clinic, and I know I should be working on something in the studio, but it just feels so nice to take a bit of a breather.

(I have discovered the italics feature and I might overuse it for a while! Prepare yourselves!)

I've got a big list of Things To Do that I will get to later.
Right now, my tea is still hot and I took some pictures of the studio and of the changes we made to the apartment that I promised to share with my Mom.
So here they are! 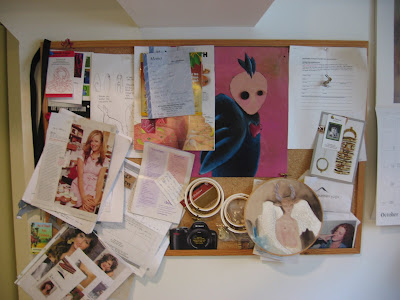 This board is supposed to be an inspiration board, but it always ends up covered in EVERYTHING that I find here and there and is mostly about haircuts right now.
Also stuck on there at the moment is a painting I did of Crow Boy. He's got button eyes and is so sweet! I am thinking of doing a series for etsy. We'll see how time goes for that one, but I really like the idea of being able to work on more than just jewellery. 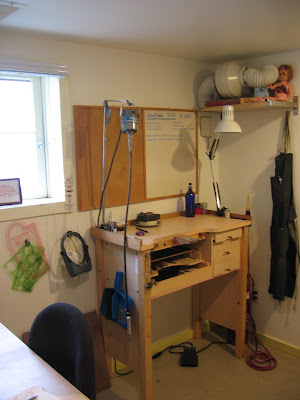 This is the corner of the studio where the Magic happens! It's constantly evolving and that corkboard/whiteboard combo is a new thrift store addition. I have since painted the cork side white and I've got works in progress hanging on it so they are always in my face. I have even been more productive already because of it.
Not too shabby! 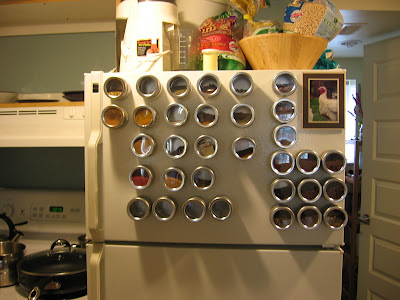 When we were home on the island for Thanksgiving last week my mom had picked up these spice containers for me, and they are all in action now (save 3, but it won't take long to fill them up with something!)
Yes, there are a lot.
The ones on the right hand side are full of loose tea.
The rest are spices. 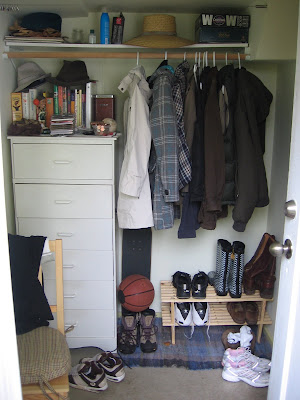 And the last shot I'll leave you with is the new entryway. It's still a little messy -there is a chair that is currently living there that doesn't really have a home, but as soon as I gt myself to Ikea I am going to pick up a couple of folding chairs that we can hang behind the coats for the fold out kitchen table that my boss gave me.(I'll post pictures of that guy later!)
But even though it looks willy nilly now, it's so much more space than we were dealing with before!
Which is rad.

awww, thanks for the super awesome link!
:)