First of all, let me just say, my husband is an Animal Rescuer.  If you have a small child in your house, feel free to sing that in the style of Go Diego Go.  Because that's how we say it around here.
(I apologize for that now being stuck in your head all day) 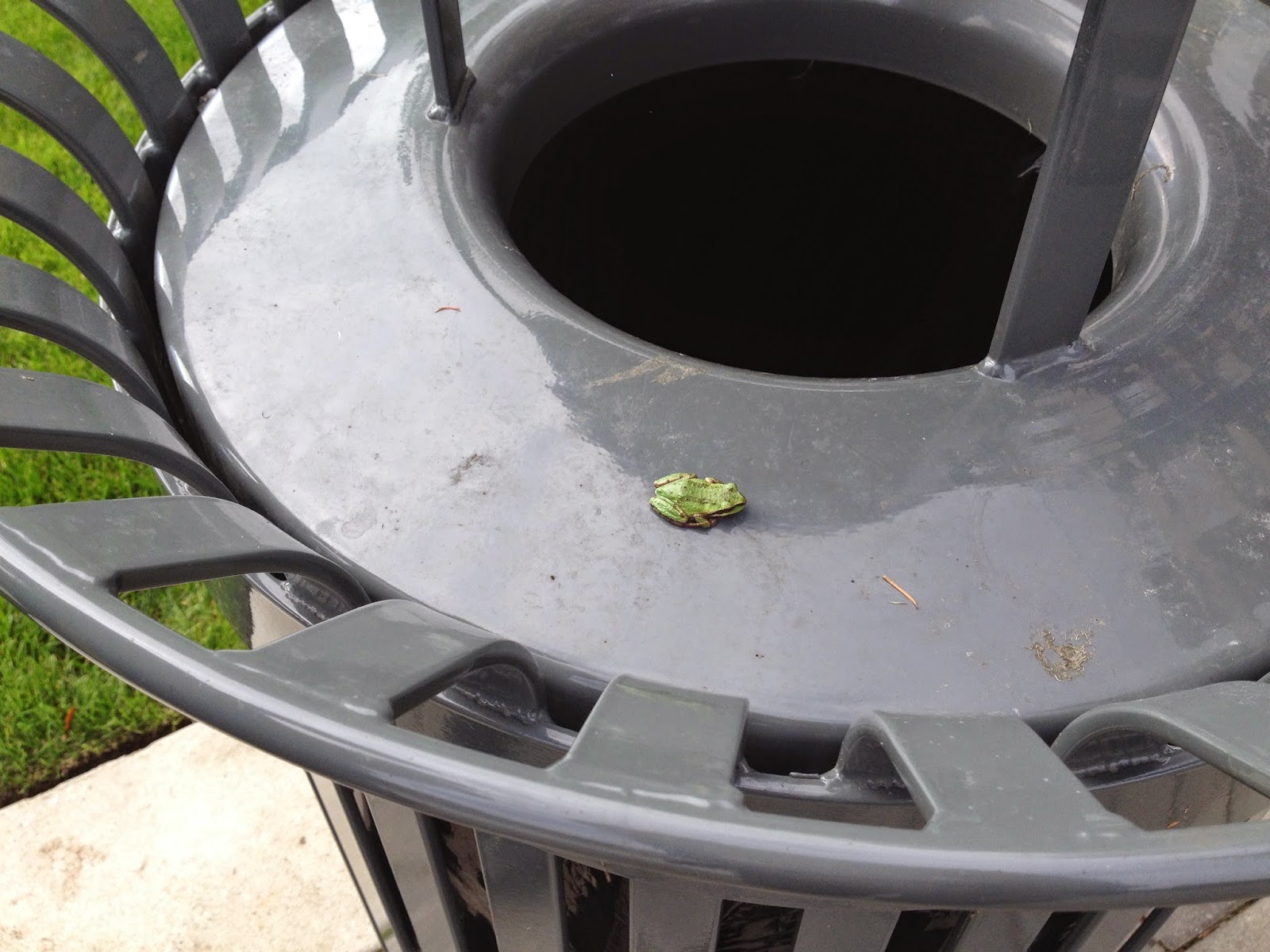 This tiny tree frog was hanging out at the playground, as you see here, on the rim of the garbage can. Pretty much as soon as we said "I sure hope he doesn't jump inside it" the little bastard did.

But don't fear!  Handsome Husband swooped in and literally scooped that tiny tree frog out of the garbage can.    He (she? How can you tell with frogs?) was released into the garden right behind where this picture was taken, right next to a little babbling brook.  Where he (she?) hopefully lived out a full froggy life.

The ungrateful bugger never writes or calls.  No thoughtful Thank You card in the mail.


And THIS THING, good gracious, was consumed almost ENTIRELY by me, covertly, straight from the freezer.  I thank Gwyneth Paltrow for this thing. 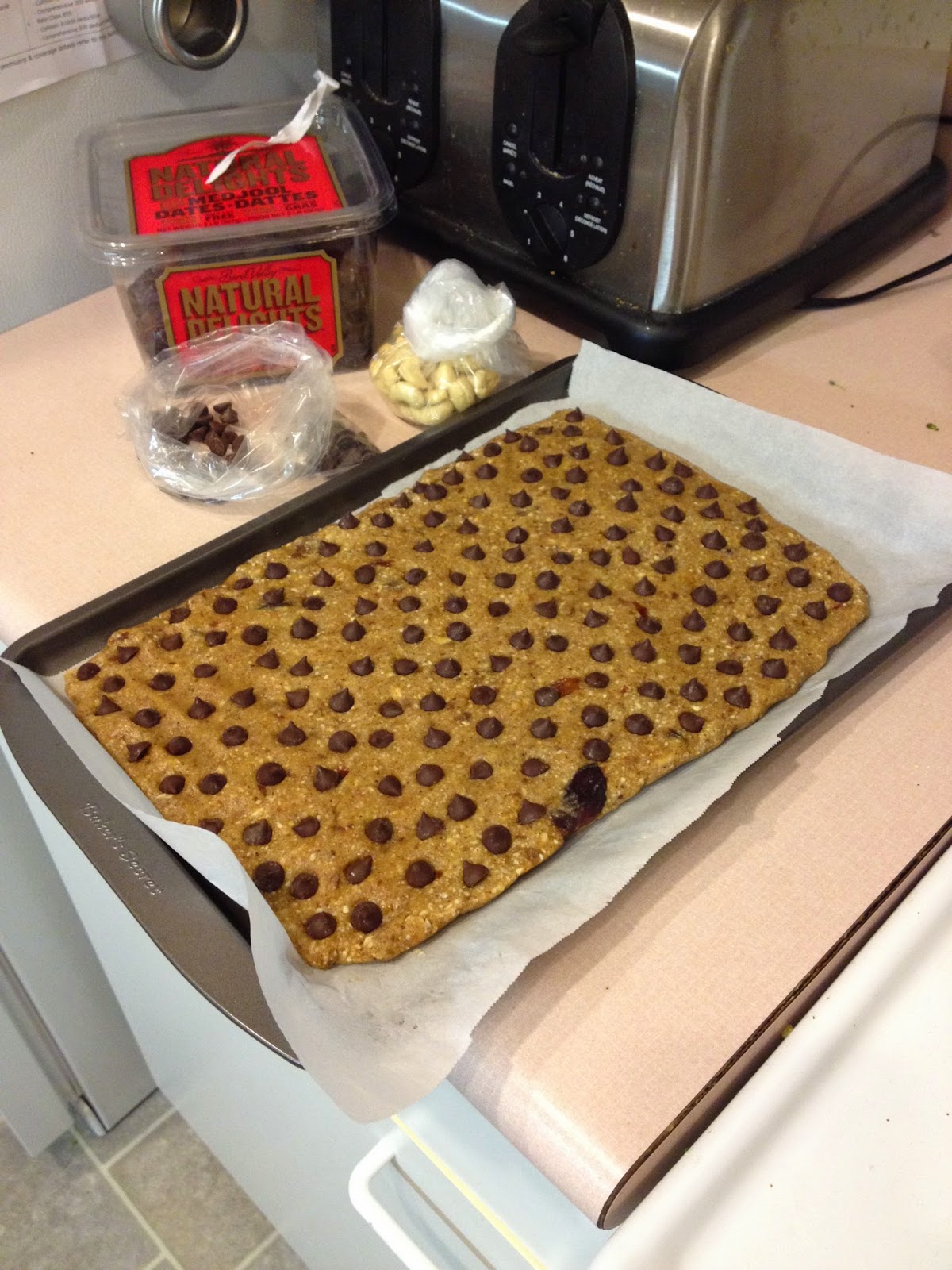 The only thing I changed from the recipe was straight up plunking those chocolate chips into it, instead of melting them into an even top layer.


Sonny went to his first NBA basketball game.
This is a big deal you guys.  Geoff is a Fan.  Of the game itself and also of the Toronto Raptors, who played the Sacramento Kings in a preseason game here earlier in the month.

I took this picture pretty early after getting to the stadium, the whole place was PACKED when the game started. 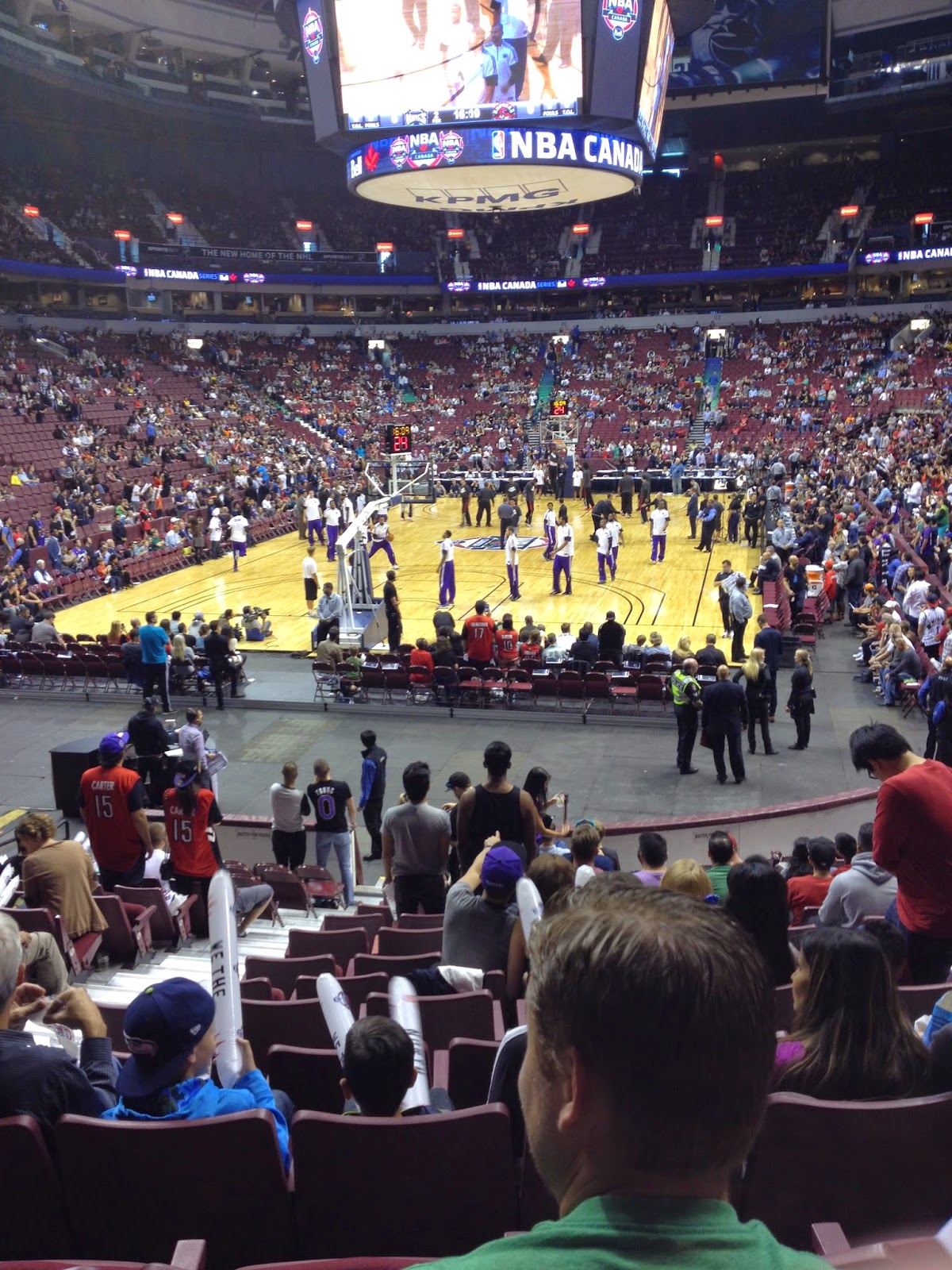 And this kid, was so good.  For a kid who can barely sit still long enough to brush his teeth, or put on a single sock this is saying something.

He and I had to get up and walk around a couple times, but overall he was there and he seemed to have a good time.

Thank you protective headphones, you are a lifesaver! 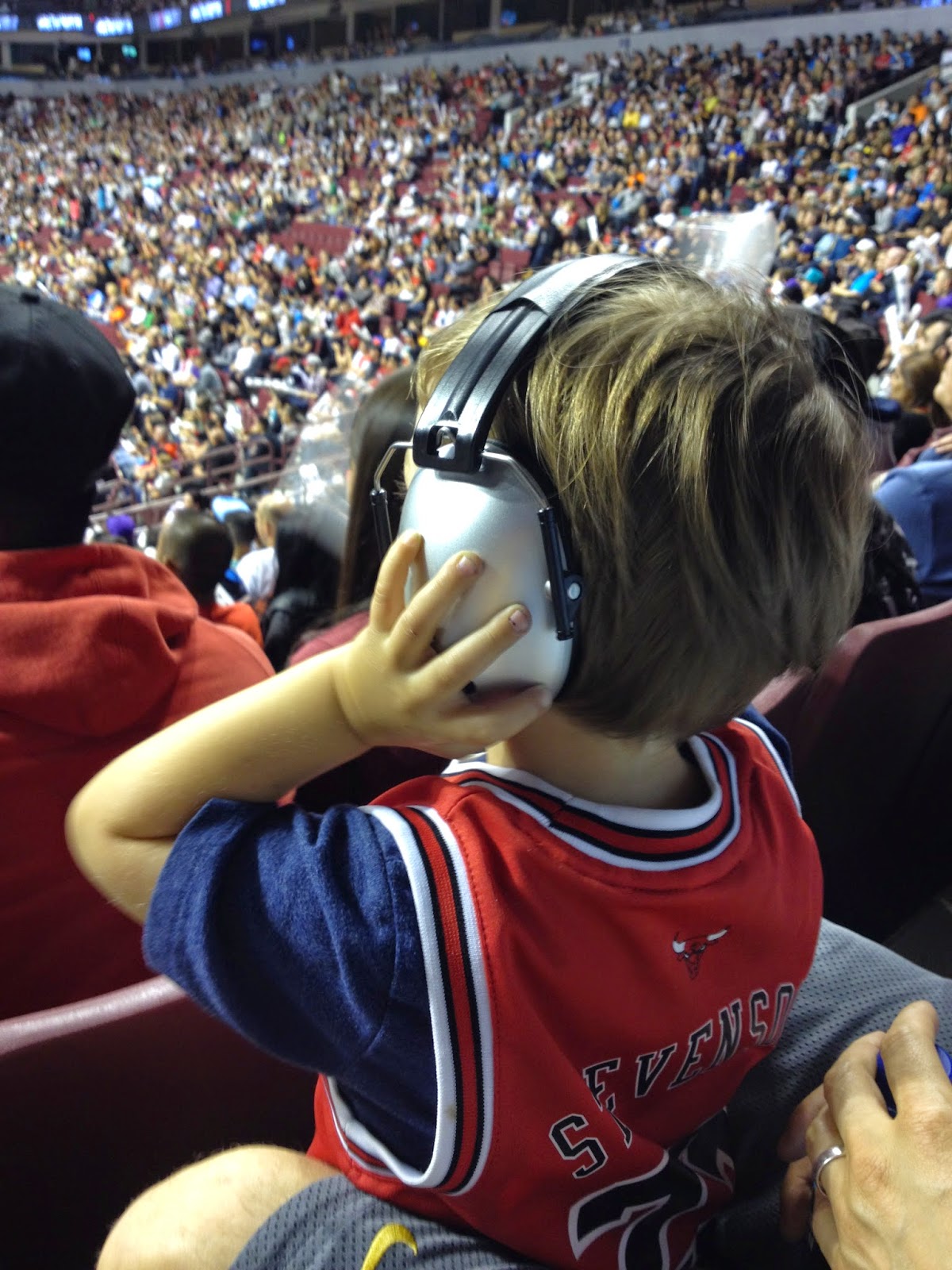 And, last but not least, this Turkey.
Who as of this week, is 6 months old, is full on crawling, is pulling herself up to stand around the furniture and yesterday cut her first tooth. 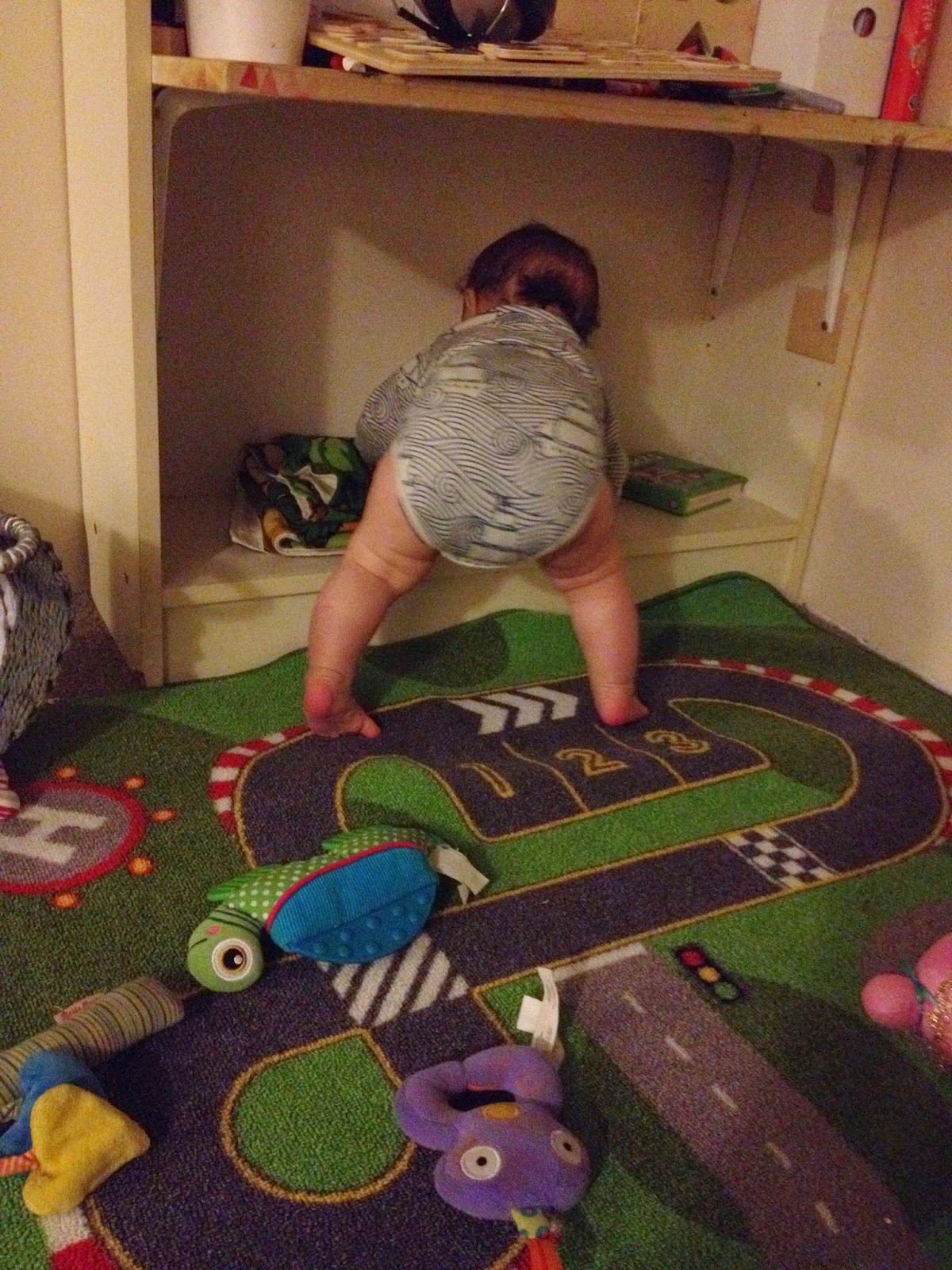 Plus give me a break with those gorgeous chunky thighs.
I want to eat her.
1 comment: