Whoa last week was a hilarious write off for me.
My coworker at the clinic took her holidays so I was working double shifts all week and I don't know about you but I am a WRECK in the mornings! Usually I start at noon, so I've got a few hours in the morning to work here at home and get my shit together before braving the public!
Not so last week. Not so.

I think that I napped for 12 straight hours on Thursday night to make up for the early mornings! I was all "I'm just going to get a couple hours here before dinner" and then I woke up the next morning to my alarm. HA!

So Friday I was as fresh as a daisy!

I am back to regularly scheduled programming this week and I've got a couple of new projects on the go. One in particular that I will tell you about later, but I am pretty excited about it. That's all I'll say for now.

Back to the studio!
No comments:

Email ThisBlogThis!Share to TwitterShare to FacebookShare to Pinterest
Labels: catching up, janamade

Long beach is exactly that, a Long Beach. It's sandy and wide and the waves there are incredible.
I don't surf, but there are lot of people there who do and it's amazing. There were high wave warnings when we were there the second day (all of our pictures are from the first day because on day two we didn't bring the camera, just our suits and some towels -we even left our shoes in the car on day two!)

It was a bit foggy when we were there, but it didn't really matter. It was just such a great trip that a little fog wasn't going to bum us out. 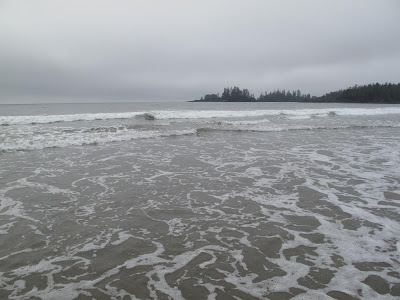 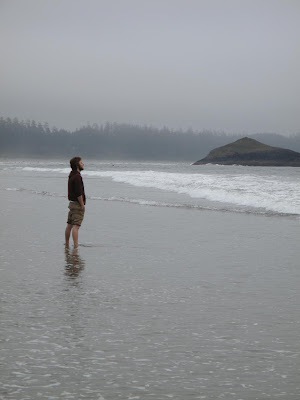 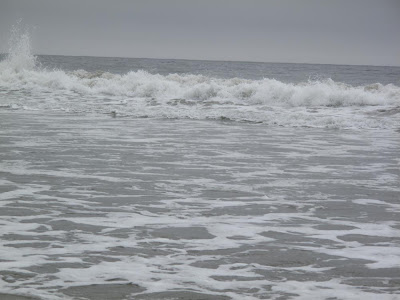 Something else we did on our trip was a puzzle! We set it up on the first night there and just picked away at it in the mornings and in the evenings. Nice quiet fun! 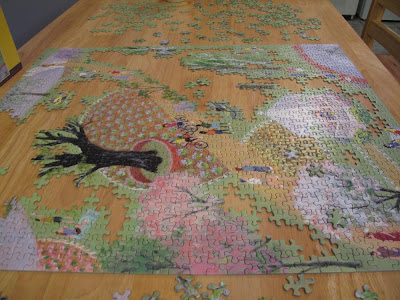 On our last morning in the cabin we tried really hard to finish it, but we had to leave early so we could pick up Norman that we had to very carefully take it apart and transport it in as many big pieces as we could to reassemble back at the lake.
Which we did.
And we finished it before we had to get back into town! 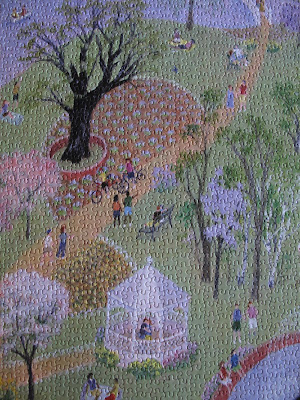 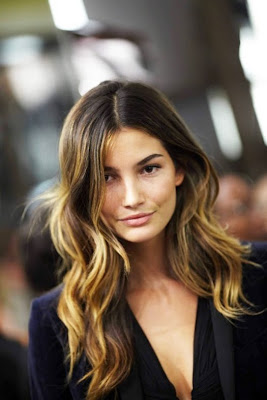 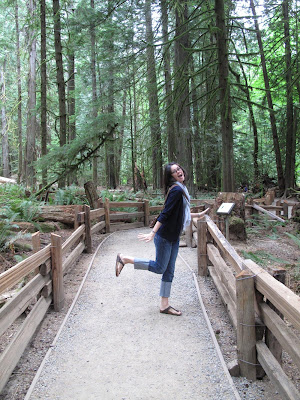 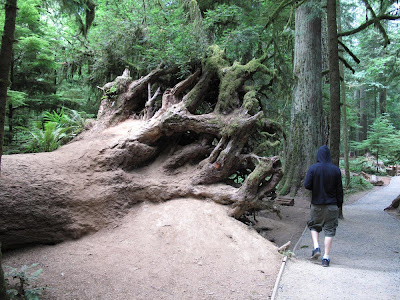 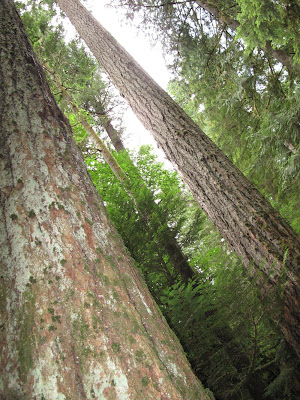 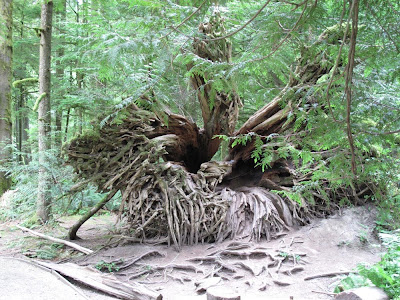 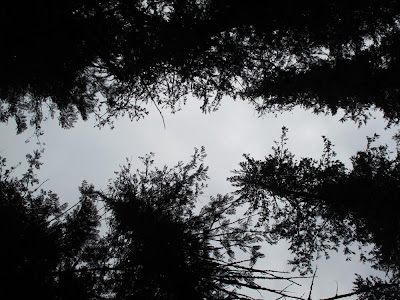 This place is so amazing. We stopped in so I could use the outhouse (naturally I had to pee right after we got onto the highway) and we ended up wandering around the trails for a while because it's so beautiful.

This trip was so nice because we just took our time and had really nice drive up the island which we don't really get to do very often. Sure we go up to Qualicum a couple times a year for family fun, but I've only ever been to Tofino once before this trip and I've lived on the Island since I was 11!

The trees are all HUGE and all throughout the park there are information boards telling you all about the history of the forest, the trees and all of the natural processes that happen in the Deep Woods. 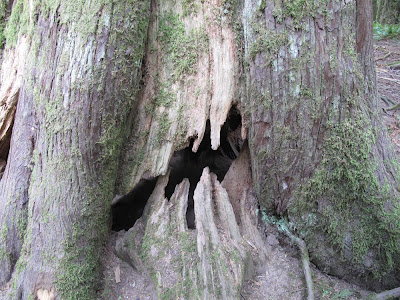 A Honeymoon, in three parts

I realized as I was going through all of our photos from our trip that we took a lot of them. And that if I was going to share them all at once your brains might ooze out of your ears a little bit.

So I have broken them up into three sections...

Part one Cathedral Grove. We stopped here on our drive up Island. It's a beautiful National Park full of crazy huge Old Growth Forest style trees.

Like hundreds and hundreds of years old. Totally amazing.

Part Two Long Beach. Pretty self explanatory really. We went to Long Beach a couple of times while we were there and it's awesome.

Part Three Hot Springs. Holy Sweet Jesus this place is amazing. A naturally occurring hot spring just outside of Tofino where the water is a scalding 106 degrees where it comes out of the ground and a series of stepped pools leading to the ocean. All totally natural with zero interference from Humans. Unless you count the thousands of tourists who check it out every year and clamber around the rocks like mountain goats. But besides that there has been no human intervention in the awesomeness.

So starting tomorrow I will share a series of pictures from each mazing part of our trip!

Right now I have to polish a ring so that I can get it set already.
Duty calls.

This week is busy one too, it's my birthday on Friday so I have to get everything done before then so that I don't have to stress about ANYTHING all day long!
No comments:

An explanation for my absence...

We went on our HONEYMOON!

We saw bears and WHALES and fog and fish.

I'll upload pictures this week, but since we just got back I've got studio work to catch up on. A ring that is being rebuilt is almost ready to set, and another wedding commission is awaiting a final fit before the stones go in that one too.

Back to work!
No comments: