The living room ReDo and The Couch

I was reminded (quite politely by the lovely Miss Sarah H) on the weekend that I still hadn't shared the "after" of our couch project.

I still don't have any pictures of the "after". Geoff and the dog study there everyday and I haven't taken the time yet to tidy it all up and make it pretty to photograph.

HERE however are some "during" shots of the Great Living Room Re-Arrange of 2011. 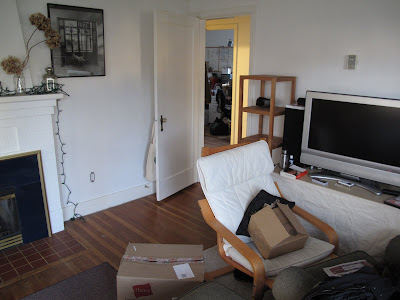 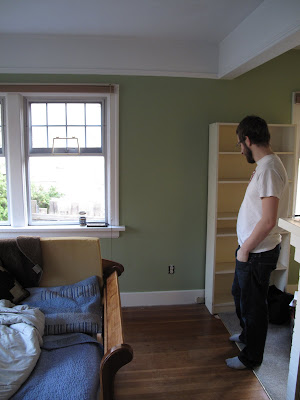 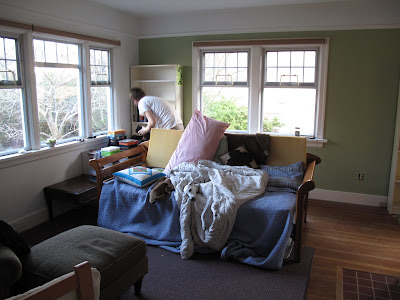 (can you see Norman in the blanket there? It's hard to see him, as he is the same colour as the giant dog blanket that he lives in. Poor bugger has been sat on more times than I can count)

These are the closest to "before" and "after" pictures that I have right now. 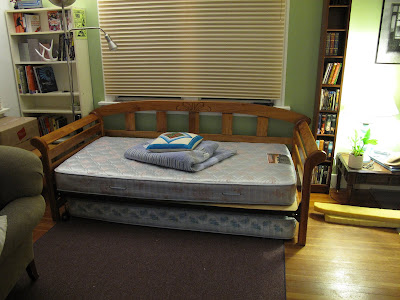 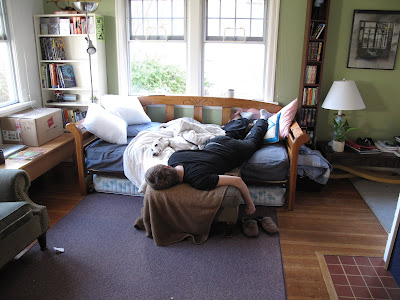 The side table that's under the window in this picture is now in Sonny's room (it opens up into storage, so it will be a good little work table/play spot/toy storage in there. He won't be using it like that for a while, but it didn't work in the living room AT ALL.)

And the second mattress that is under the couch is also gone now. Pops came and took it up to the lake for me.

AND the same weekend we did the re-arrange I also sewed covers for all the pillows and a back rest for the couch in the same gray. I'll get my act together and stage the crap out of that couch this week and give you a REAL "after" shot.

It's pretty nice when it's not draped with giant textbooks. (I am not kidding when I say giant either. HUGE)

I came looking for the couch today, give me what I want!
please.