I love the ladies who put together The Fox.  Oh boy do I.
I look forward to The Fox every year, and I always have a great time.

I decided that since I was SO TIRED and up SO LATE the nights leading up to it that I would break my No Caffeine rule (I am NOT allowed to have caffeine.  Medical professionals have told me so) but I broke my rule and put half of a Tetley tea bag into my morning herbal tea.

Whoa nelly there is a reason I am not allowed to have it!  There are a couple actually, but I am specifically referring to the LUNATIC that I became by 10 am.

I was so hyped up and zippy that I am sure I made some of the other vendors cringe.
Maybe not ACTUALLY cringe, but I was so self aware of how Incredibly Perky I was feeling that I actually considered taking a jog around the block at one point just to use up some of the energy!

JUST THINK OF WHAT I COULD GET DONE IN A DAY!

And because of my increased energy levels, I didn't stop and think to take photos throughout the day like I had planned.
I did get a couple of shots of set up and at the end of the day though. 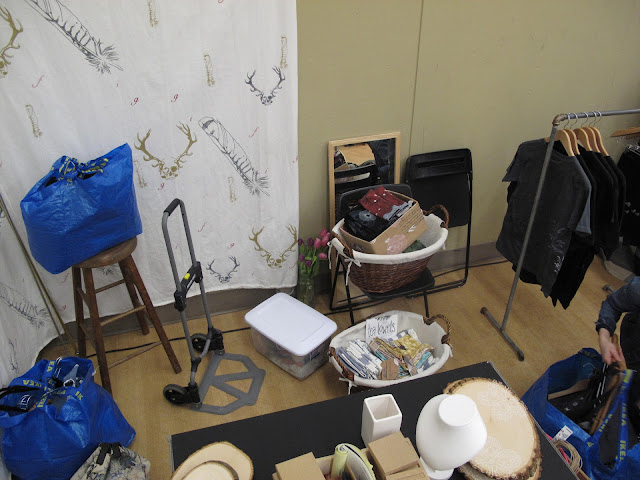 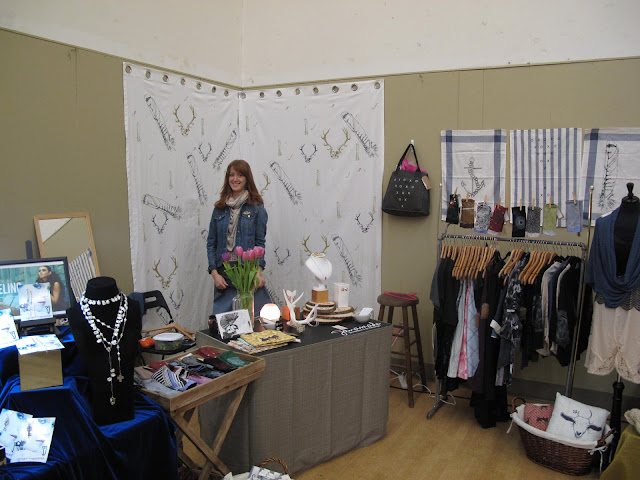 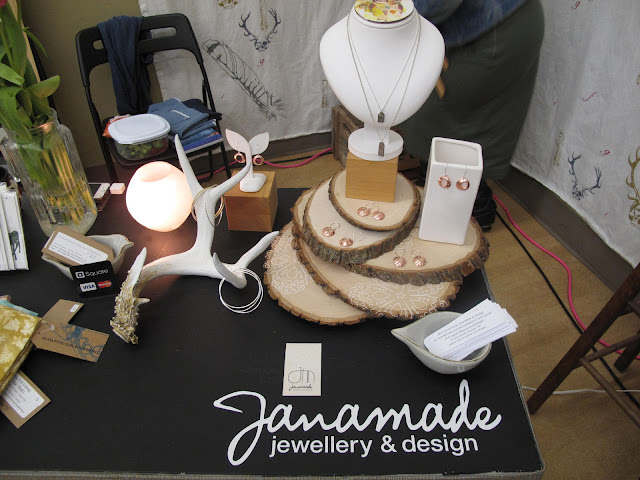 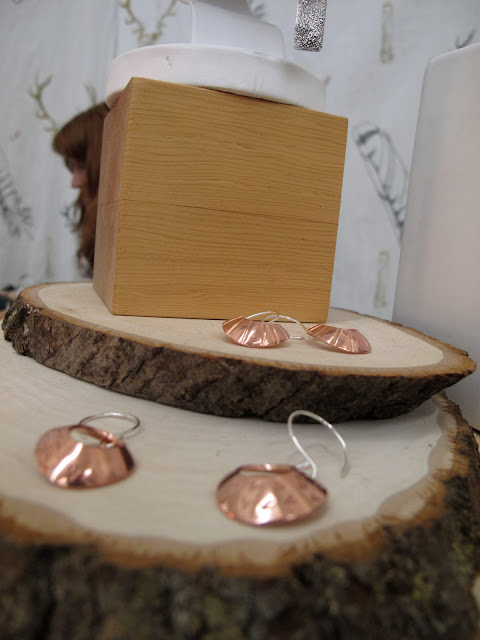 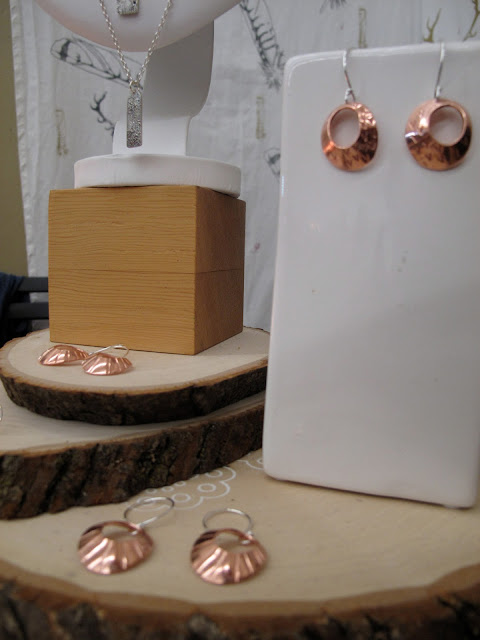 Just look at those curtains!  And how cute my Market Partner is!  Ack it kills me!

The New Copper Barnacle earrings were a big hit, and I am back at my bench this week to make more and to fill orders for a couple of custom bracelets and to prep packages to go out to Real Live Boutiques!

hurrah! i LOVED your booth! You guys looked fantastic!! So glad to see your earrings were such a hit! congrats!! xoxoxo personally, i thought you were awesome all zippy and stuff. haha.

Ha! Thank you Rebecca! I am weirdly now having Craft Fair Crash! So bizarre... it's like PMS and Sad Sack Sally are having a slumber party in my body and their folks forgot to pick them up and they are just eating my food and won't get off my couch.

I want to kick them out BUT THEY ARE SO SAD.