So Much, More than anything, Forever 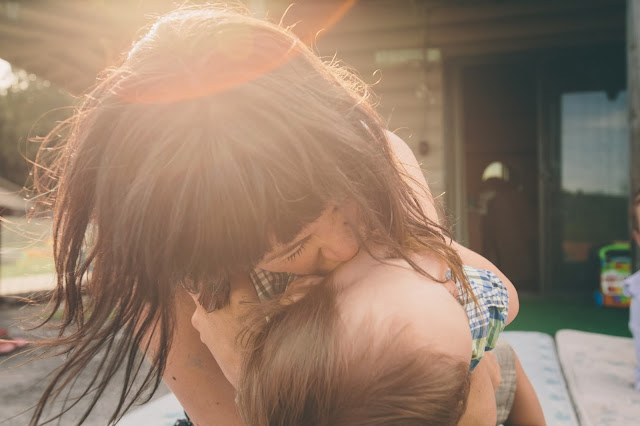 This kid.  Oh my god this kid.
This kid who is vivacious, charming, sensitive and hilarious.

He kills me every day with some look or phrase or sweet snuggle and everyday I fall in love.

All over again.  Because holy shit, do I love this kid.

He's starting to lose his sweet baby smell, so that there are times now when I snatch him up and squeeze him and breath him in, I get something new and frankly sometimes pretty gross (he has started refusing to let us wash his hair. It's become a Thing.)  Plus he's a little kid and is often getting into things.

Case in point; the other day we were at the playground and he got very excited when he found some poop.
"DAD!  Check it OUT!"

"DON'T TOUCH IT!!"  (this was both of us hollering this one)

"Just a little touch!" and he does, just one finger, into the poop (UGH!) and off he races, screaming his laughter behind him while we chase him through the grass.

But it's still lingers, that sweet baby smell (NOT the poop thank goodness) so that this afternoon I let him climb up on my lap when I was working on the computer and we opened up youtube so he would sit still watching Buzz Lightyear or Spiderman or whatever the heck it was, and I could squeeze him and breath it all in.

(photo by the incomparable Stephanie Rae)